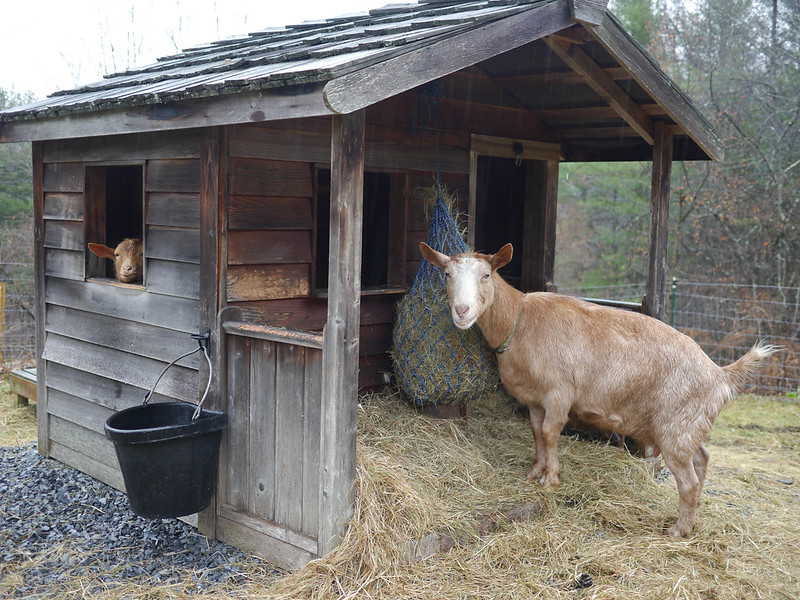 But get to the important stuff! I hear you shout.

What about the new little buck? How is he settling in? Do the girls like him?

What is his NAME?

He’s been here nearly three weeks and he feels like part of the family.  He’s sweet but shy. I don’t think he had a lot of direct human contact before, which is often normal for bucks; they hang out with other males and are only handled when their special skills are required. But he’s coming around.

Every time I visit him, I make sure to have a little treat (carrot ends, apple peels, an animal cracker) and now he comes right over to sniff my hand and gently take the treat. Yesterday, when I lowered my head to his and offered to sniff noses, not only did he not run away, he sniffed, then licked, then nibbled my nose.

Shy doesn’t enter the story when it comes to him and the girls. They’re separated by a fence and he’s mostly got his head through it, trying to get a good whiff of them. They’re  curious about him and come visiting—we put a hay feeder on the fence so they can share a meal together—and, when it’s their heat cycle, they show intense interest.

This interest takes the form of loitering near his pen all day, sniffing noses with him, and rapidly wagging (flagging) their tails. When we see a doe asking for a solo audience with his majesty, we let her in with him and then they start their dance. Much sniffing, circling.

He talks a lot, sticks out his tongue, makes a pathetic bleating that sounds remarkably like one of those old toys that looks like a can and you tip it over and out comes a noise that sounds nothing like a cow. Apparently it’s the sound of a lovesick goat. She keeps still for him, then circles around. Sometimes there’s running and chasing. Sometimes they just get down to business, which is a bit tricky because he’s quite small and they are mostly quite not.

Poor guy could use some stilts.

When we let Willow in with him, I tried to coax her out of the pen after about an hour and she said, “Why? I’ve got everything I need right here.” So I left her overnight. That’s the two of them at the top of the post the next morning, as content as any settled couple. He’s inside reading the newspaper. She’s gone out for a snack on the porch.

The same thing happened with Westwind. They spent the day together, then the night. She was lounging on the porch when I came to ask her if she wanted out. She said, “I’m just fine right here, thank you.”

Wellesley, Doris, and Darcy weren’t quite so placid, but they’ve each had some time with him. Doris has since gone to her new home in upstate, New York. Our hooves are crossed that she’ll have some kids for her new owner in the spring.

We won’t know for sure sure if any of the rest of the girls are pregnant until the spring, but it’ll be a good sign if none of them come into heat again next month. Maybe you could cross your hooves along with us, for caramel-colored kids in the spring?

And his name? Nope. We’ve thought of 50, and nothing’s stuck yet. So we call him “GG” (Golden Guernsey) and “Bucky” and “Little Guy” and he answers to anything because he’s a darling, and he’s fond of the attention, and as long as we keep delivering him food and pretty ladies, he’s a happy goat. 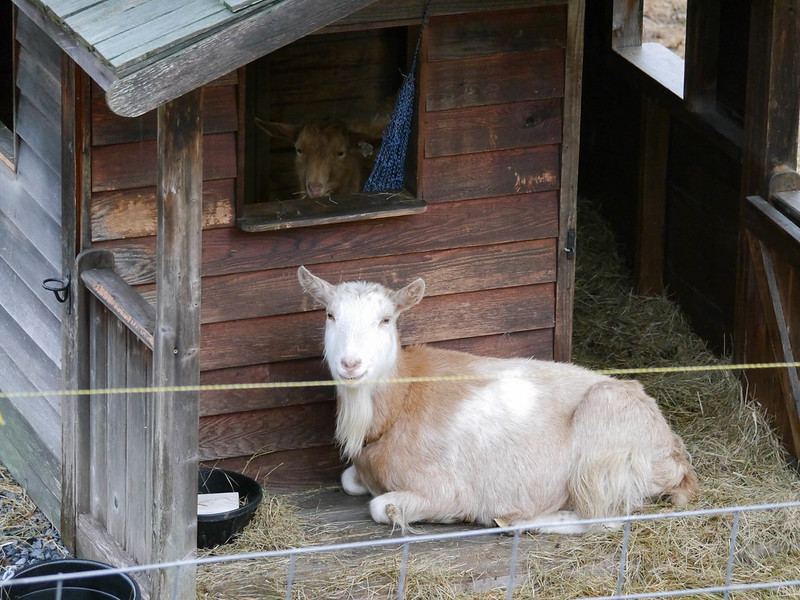 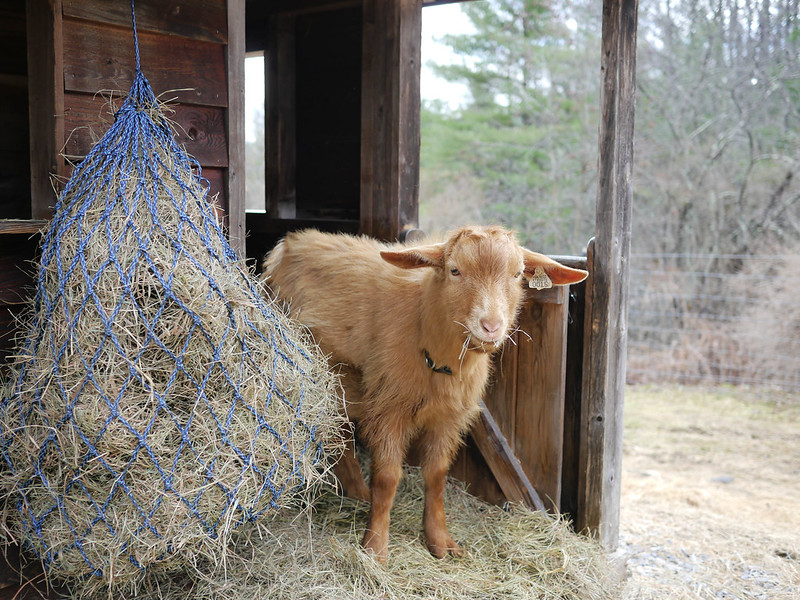