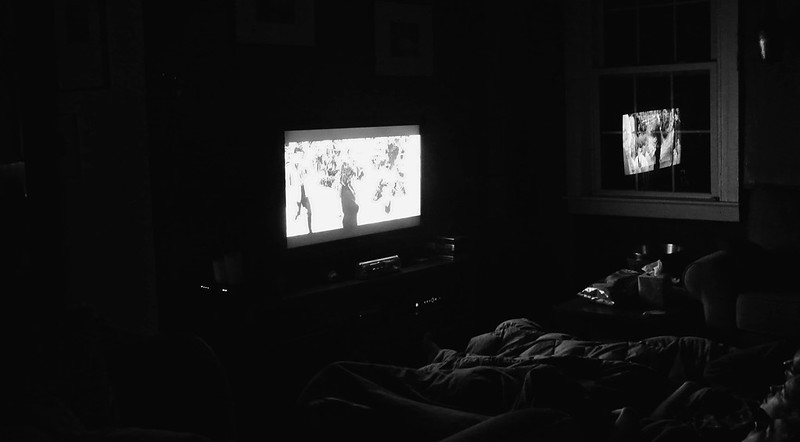 I (like many of you, I suspect) was raised as what is now called a “free-range child” (though that term would have made no sense at all to my parents… evoking some image of the wild west, children galloping like mustangs over the plains…). We had no curfews, no accountability, certainly no cell phones. As long as we managed to get our homework and chores done, we were welcome to be gone into the neighborhood until dinnertime (and sometimes, with pre-arrangement, until bedtime). Welcome, in fact encouraged, to be off doing our own thing while the adults in the home sipped wine in front of the television, talked “escrow” and “insurance” and schemed about child-free vacations.

This relative freedom didn’t rob Halloween of its essential charm. Against the unwritten rules, we trick-or-treated on our way home from school, in broad daylight, then, when darkness fell, made our major assault on the neighborhood, costumed and prepared with flashlights (rarely used) and pillowcases to be filled.

We went parent- and rule-free, except, of course, we were good kids and had internalized the basic rules: don’t damage property, don’t hurt anyone, stick together, don’t get lost, say “thank you.”

It was the highlight of my year. The candy was the tangible reward, but skulking around the dimly lit neighborhood, hustling through leaf-crunchy backyards, stopping under a street light to compare loot, running unfettered on feet that preferred running over walking, scaring each other witless, then collapsing in laughter, those were the things I still remember, 40 years on.

The candy was fun, too. And even the warnings of poisoned popcorn balls and razor-bladed apples didn’t stop the fun. Halloween was supposed to be dangerous, if it was to be any joy at all. That said, we dutifully took our earned loot home and examined it for suspiciously torn wrappers before eating anything. We were risk takers… to a point.

Halloween feels so much more sedate and protected now. Parents march their children through brightly-lit neighborhoods, wait on the sidewalk while their little goblins brave the distance between them and the front door. It is sweet as sweet can be, and we loved every second of being those sidewalk parents for H, but I wonder sometimes what she lost, and what she will remember 40 years hence.

Well, I’ll tell you. Kids will be kids and they’ll make their own fun. As a wise friend once told me, all kids need drama in their lives and if they don’t have it they’ll manufacture it. The same goes for a little terror, I think.

Saturday night, H had her friends over to our safe living room and queued up a classic Halloween film fest. They began with Vincent Price’s 1953 “House of Wax”, continued through “Psycho”, ” Dial M for Murder”, “Gaslight”, “Wait Until Dark”, and wound up at the terrifying 1963 version of “The Haunting”.

And they screamed, those lovely, protected teenagers. They screamed and laughed and gobbled popcorn and traded gossip.

M and I shuttled through the scene, providing pizzas, cleaning up glasses, watching snippets. They ignored us, old ghosts.

Try as we might, we can’t leave them be, can we? We haunt them, helpful poltergeists, driving them to school, making pies for fundraisers, picking up the pizzas.

And then releasing them into their wide night.