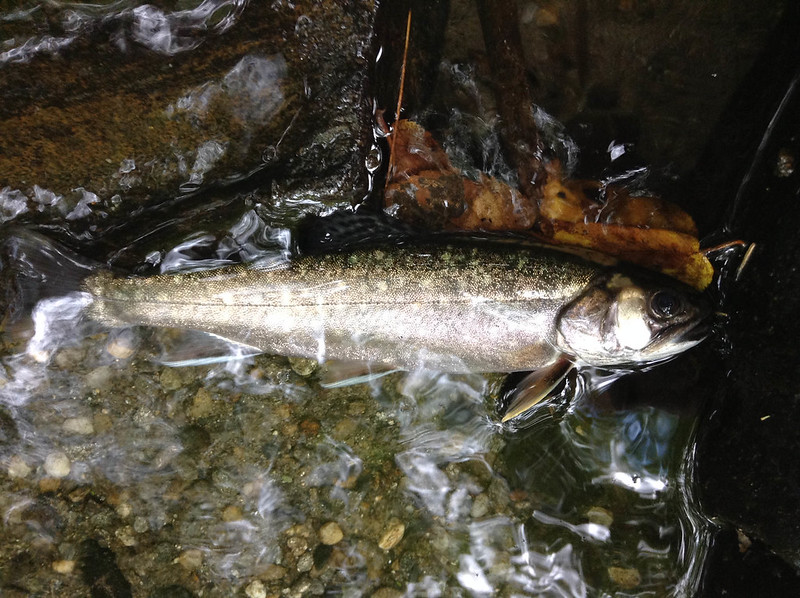 Upstream from us just a couple miles is the Elizabeth Mine, a now closed copper mine that produced some 8,500,000 pounds of copper in the 150 years or so that it was open.

Downstream from the mine is the western branch of the Ompompanoosuc river, the river that runs through the valley below our house and that feeds the waterfall we hear from our open summer windows. And through that river ran, for all those years and since, the rain and groundwater runoff that trickled through the mine’s tailings piles, picking up sulfuric acid and dissolved metals on its way.

21 years ago, nothing of any size lived in the west branch. The insects were killed by the contamination; nothing larger that ate the insects could survive. People were the life in the river. We swam it, we waded it, we hiked it, we did everything but drink it.

Somewhere back a couple decades ago, people started getting serious about cleaning up this mess. Years after that, serious work began on capping the tailings piles so that they were no longer exposed to rain, weather, and erosion.

At some point, we started to see tiny inch-long fish in the river, and crayfish, and lots of insects. We’ve had two generations of dogs whose hobby it’s been to stand in a shallow part of the river watching those little fish and wag their tails in greeting.

Late last week, the dog and I took our customary walk along the river. We’ve had a dry spell and the river’s running low for the first time all summer. The dog decided to go in for a wade and I followed. I was in up to my ankles less than a minute when I saw a flash of silver alongside a half-submerged rock.

A brown trout, nearly 8 inches long, lay on its side, pinned to the rock by the force of the current. It hadn’t been dead long. I was delighted and dismayed. A fish that size is unheard of in our river, and yet there it was: a miracle, a treasure—and dead.

I turned it over in the water to examine it. It was perfect. I don’t know what killed it, but its scales, fins, eyes, all were just as if it had been skimming below the surface of the water minutes before.

I took a picture to prove I hadn’t dreamt it up, and then left it as it was to feed some other creature.

On the walk back, I thought about abundance. How things appear where you least expect them. How a leaf-littered trail gives up a woodpecker’s feather. How a hay field is a wildflower garden. How a small tree branch can hide seven crows. How a single minute in a walk can contain an entire mystery: the ripple, the fish, the sun sparking a golden streak across the water’s surface, the dog’s tail wagging, the human leaning low over the fish, the life of a river returning hour by hour.