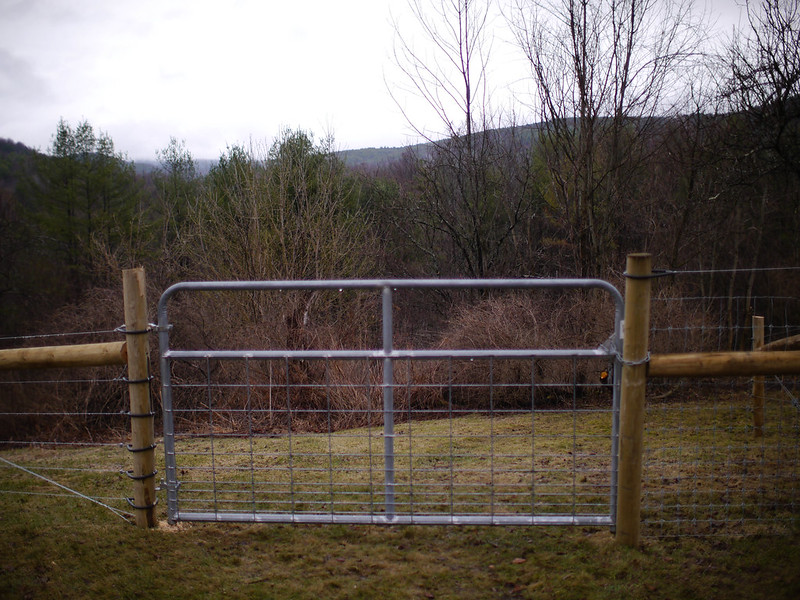 It took some time, as most good things do, but we finally expanded the goats’ pasture this spring by a large degree.

The three original goats came from what was essentially a dry lot—a spotlessly clean pen where they were fed a mixture of hays and other farmer-provided food year-round. They were healthy and gorgeous and knew nothing about eating the way goats were made to eat: browsing.

The pen we put them in when they arrived was fairly dry also because it was newly formed and nothing much was growing. We spread a bunch of meadow seed and, between that and nature, the pen grew a nice carpet of green stuff. The girls explored and gradually began to graze. When Willow was pregnant, she’d eat anything and became a champion nibbler of stinging nettle and burdock. Her sons followed her lead. Everyone else took note. Now they’re all champion grazers. But it’s still not browsing. Goats love woody, stemmy, leafy things that grow tall, above their heads.

Also, it’s always bothered me that they were penned. Caged. I know we can’t just let them roam the valley. They’ll get lost or hurt or eaten. It’s just not feasible. They have a really nice pen. A really nice barn. They have most everything a goat would want. Sure, they don’t have a tower, but you can’t have everything, right?

I think it’s actually a bit intimidating for them in a way, and, let’s face it, a lot more work than just lounging around the barn, waiting for us to deliver the hay, but they’re out there, exploring, nibbling, stretching their necks to reach for a tantalizing leaf, just the way the goats are supposed to do. We can’t wait to see how this affects the milk and cheese.

For now, it’s just a pleasure to watch them wandering into the brush, tasting and savoring, and then napping in the tall grass. And when I go into the pasture with them, we’re still a herd together, exploring.

p.s. The addition of the new fence gave us a new little “pocket” of space between the existing pen and the new pasture. M did some mental figuring and bought some fence posts. We spent Saturday clearing out a new fence line, digging post holes, and stringing some polywire between the two fences. Now we have a new enclosed bee yard, surrounded by electric fencing. Will it be enough to dissuade a bear? We’ll find out soon. We bring the new bees home tomorrow. 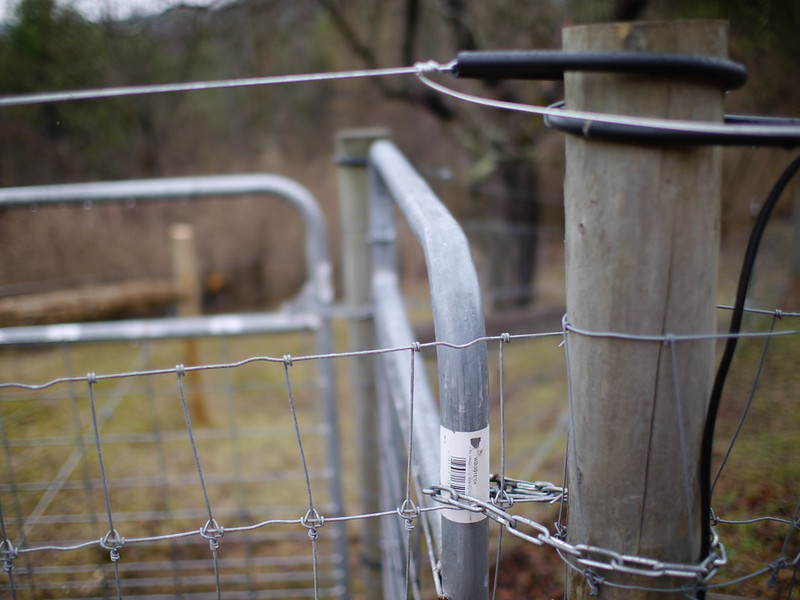 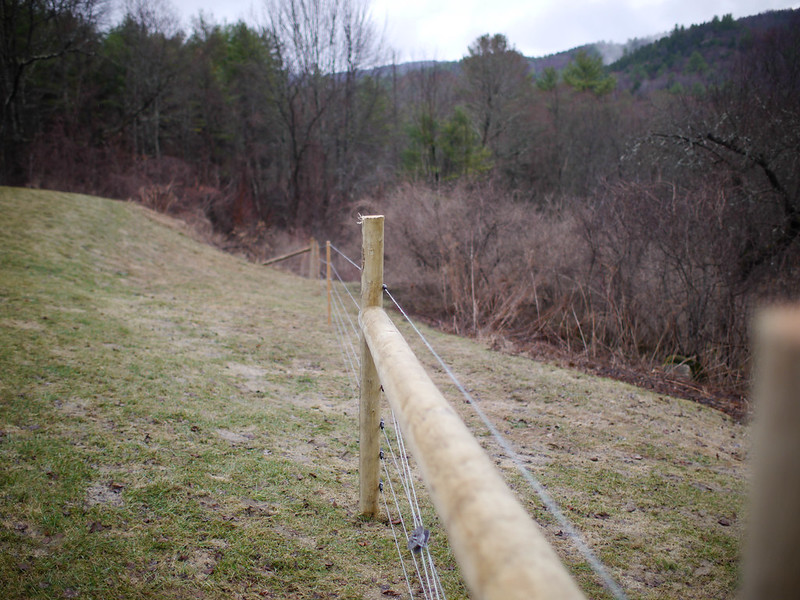 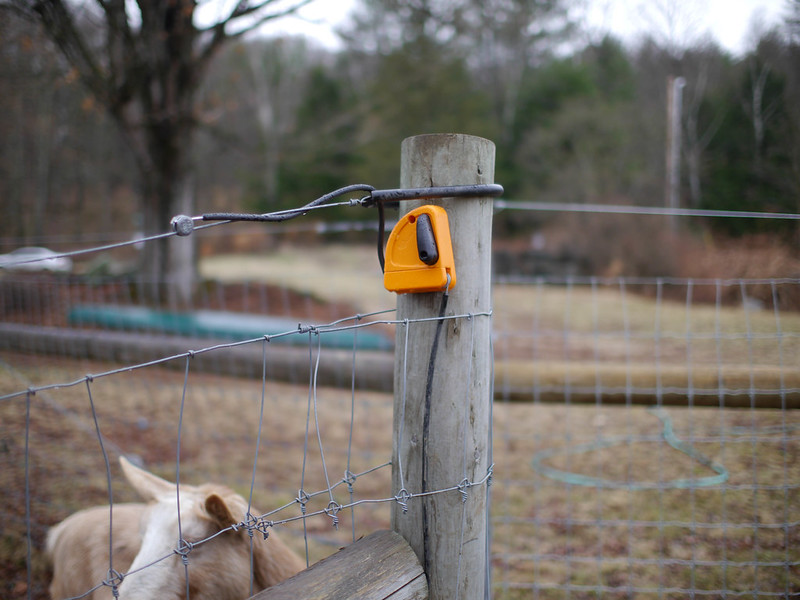 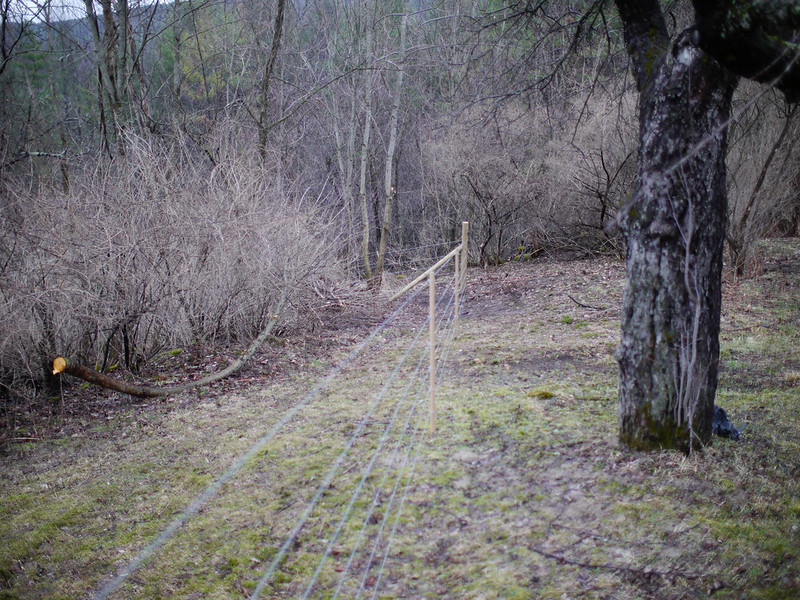 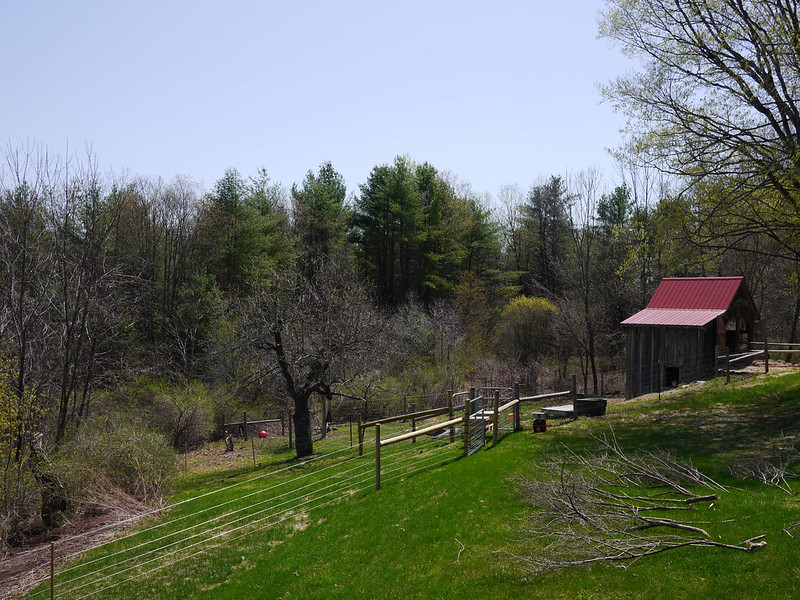 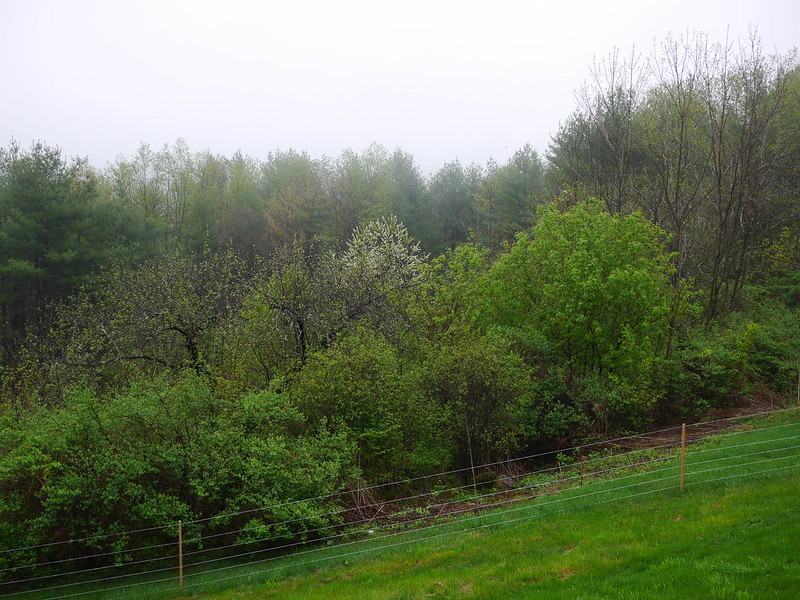 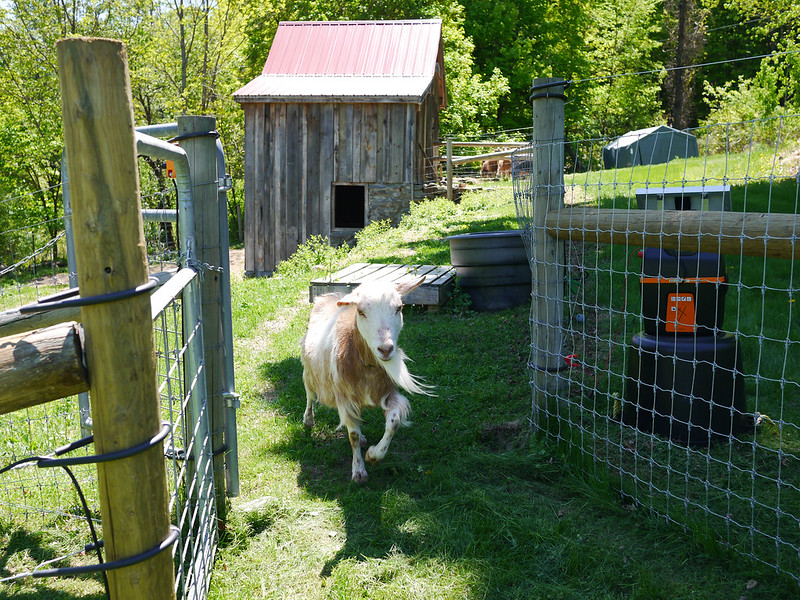 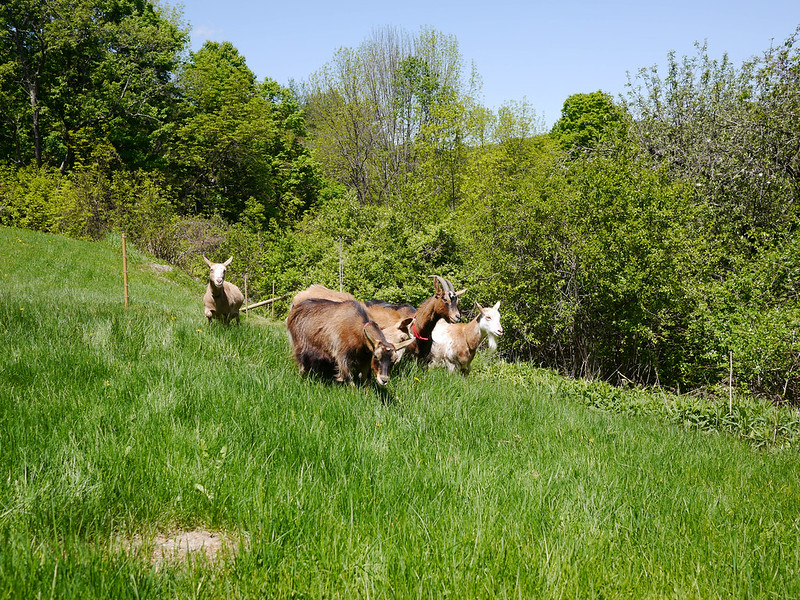 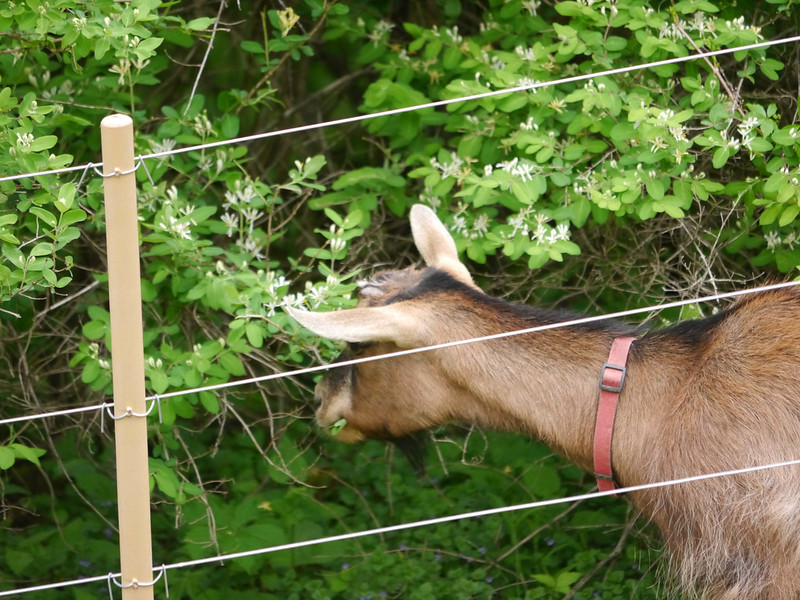 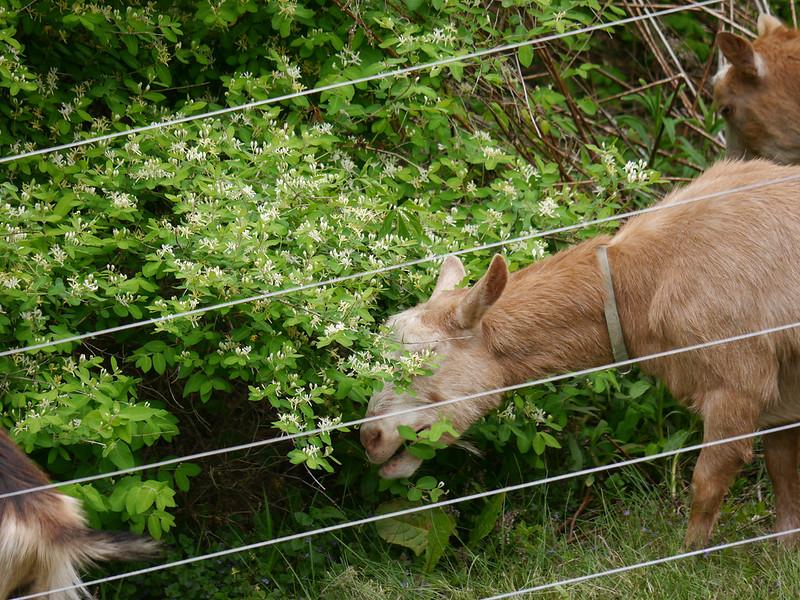 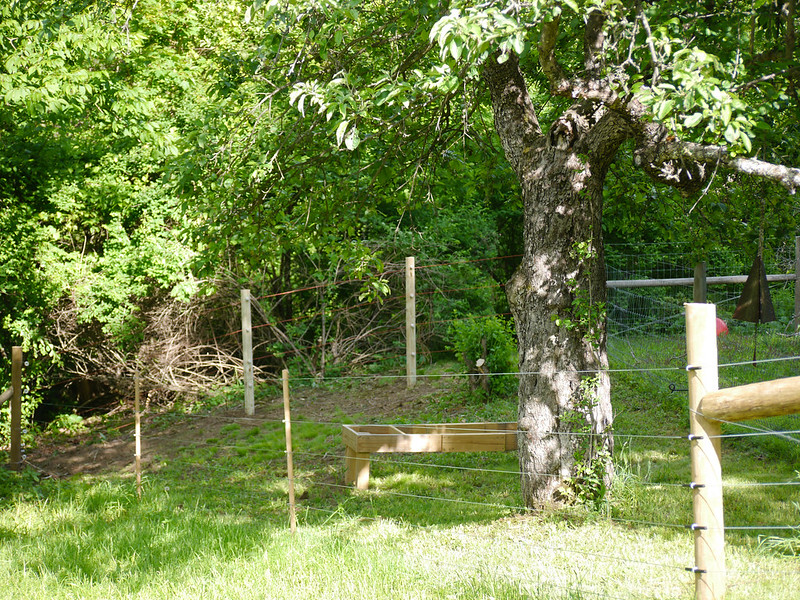 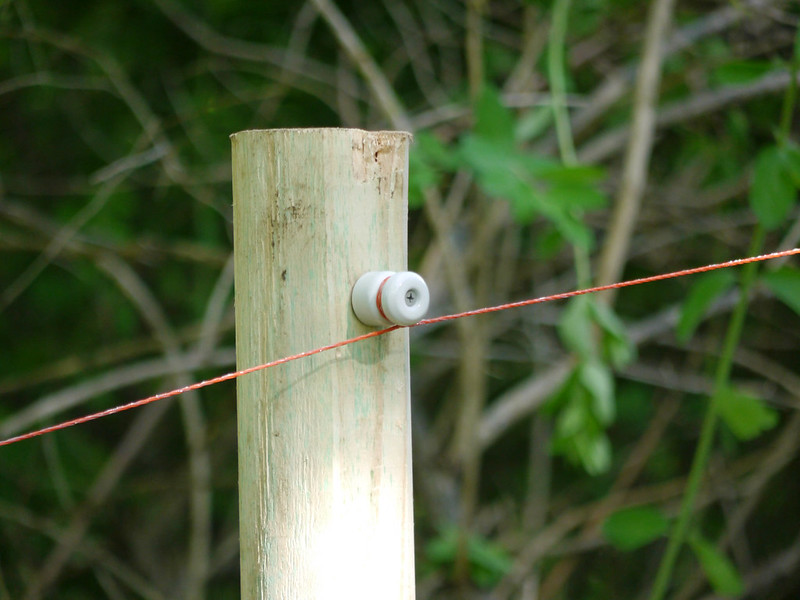 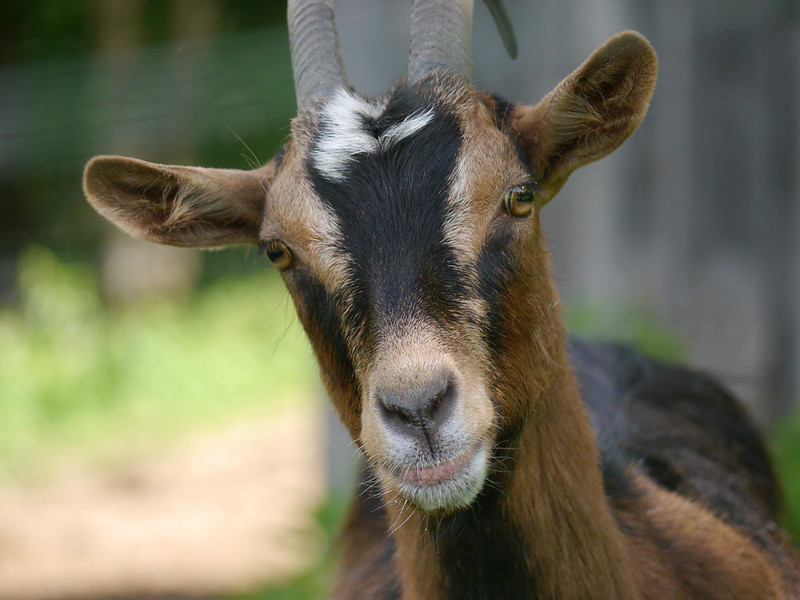