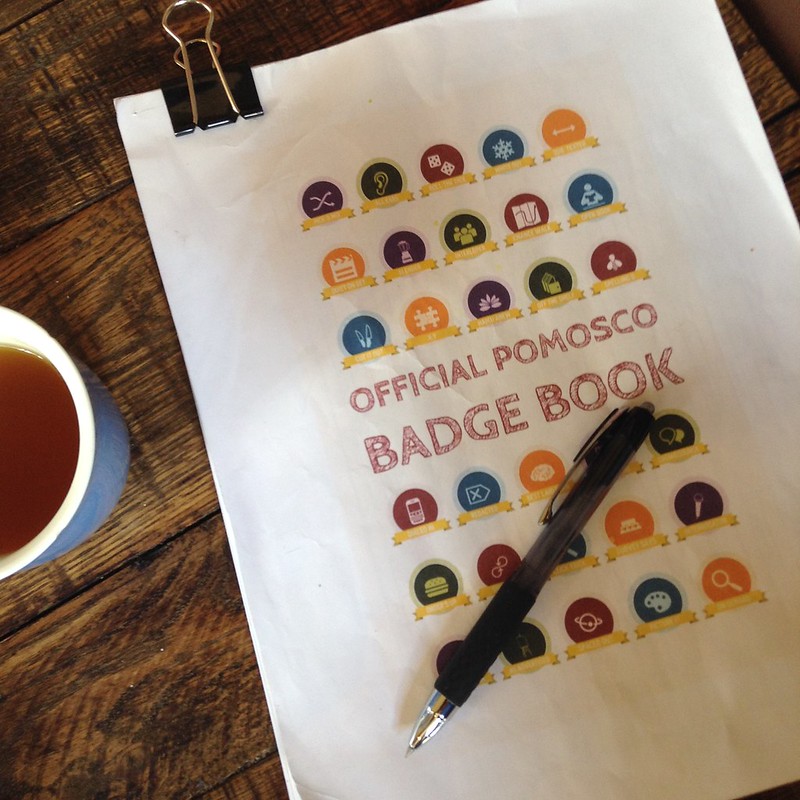 I have so many things to tell you.

April was a frenzy of activity. It was wonderful but it moved so quickly I’d no time to pin it down here in words. I’ll try to make up for that in May, but right now, I just want to crow for a moment… I completed the PoMoSco challenge!

I wrote and posted a new found poem every day through the month of April.

I did it! And I even wrote some poems I really like.

Okay, crowing over. There’s so much more to be done: spring flowers to coax, poems to write, goats and bees to tend, cats to outwit, dogs to run, musicals to attend, tomatoes to turn into jam.

Let’s get a move on, shall we?

For those who missed it, I posted a link to a poem each day in April that somehow related to the PoMoSco badge of the day. You can see the full list of those poems/links here.

The PoMoSco poems (nearly 4000!) are available to read through the end of May 2015. So if you have a spare moment, stop by the site and just pick one at random to read. There are some really terrific poems here — many you’d never guess are from found material.

The poem I linked to for the final badge (Order’s Up) is one I just love. If you know me even a little bit, you’ll understand why. I’m posting it here in case you missed it:

From the window of the Hardie-Condie Café, I see the ghost of a rich
friend of my grandmother drive down Forfar’s Main Street in a Rolls-
Royce I was sick in as a child. Behind me the watercolours of stick girls
walking through trees are misted blobs percolating in coffee steam.
Mother comes in like Scott of the Antarctic carrying tents of shopping.
The garçon brings a cappucino and croissants on which she wields her
knife with the off-frantic precision of violins in Hitchock’s shower scene.
Soon I will tell her. Show her dust in the sugar spoon. Her knife gouges
craters in the dough like an ice-axe and she tells the story on nineteen
Siberian ponies she queued behind in the supermarket. Of Captain
Oates who boxed her fallen ‘Ariel’. The chocolate from the cappucino
has gone all over her saucer. There is a scene and silence. Now tell her.
Tell her above the coffee table which scrapes with the masked voice of a
pier seeming to let in some waters, returning others to the sea, diverting
the pack-ice which skirts around its legs. Tell her a fact about you she
knows but does not know and which you will tell her except that the
surviving ponies are killed and the food depot named Desolation Camp
made from their carcasses keeps getting in the way. From this table we
will write postcards, make wireless contact with home and I will tell her
of King Edward VII Land, of how I have been with Dr Wilson and then
alone, so alone, in day-blizzards just eleven miles short of the Pole and
ask her to follow me. I am afraid she has been there already. She smiles
like the Great Beardmore Glacier and goes out into the street with stick
girls to the thirty-four sledgedogs and the motor-sledges. You are too
late. Amundsen is in Forfar. She has an appointment. Behind me I can
sense the canvases, the dried grasses pressed into their grain like eczema
on an open palm. Later I will discover her diary and what I told her.

Update: May 10, 2015. The PoMoSco Scoutmasters posted badge rankings today. The total possible points awarded were 600. Look how many of us completed all the badges!