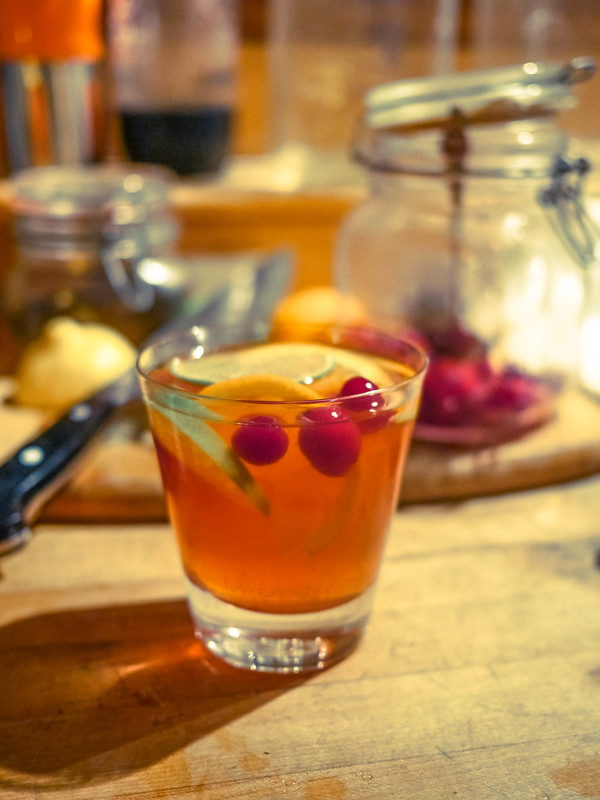 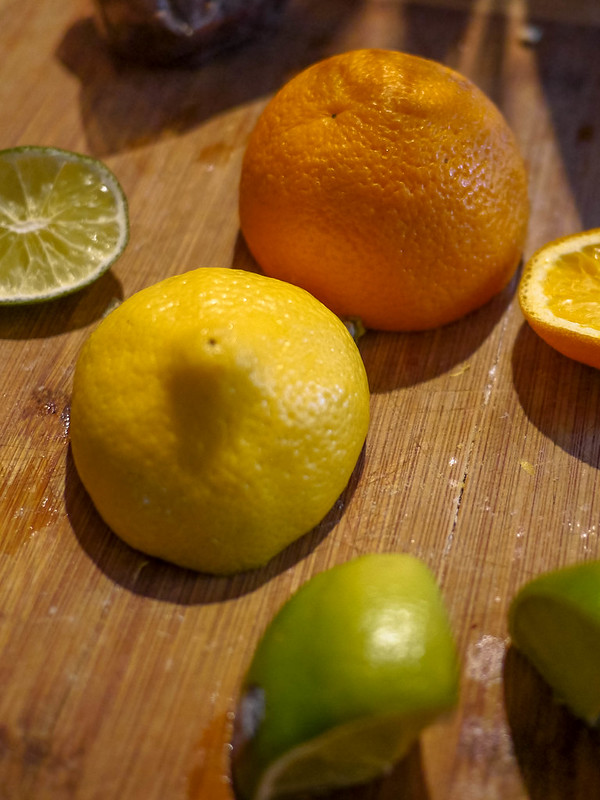 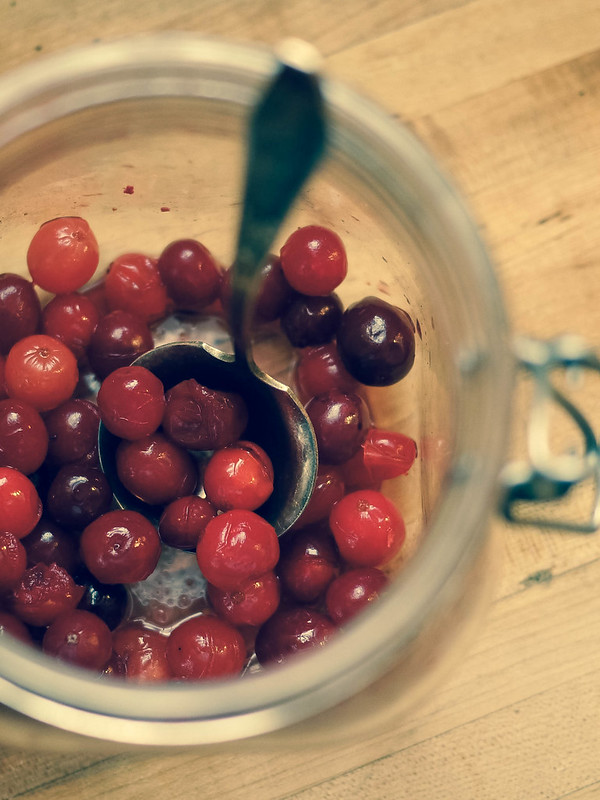 Here we are again, my old friend November. You’re a formidable foe, but you’re on the way out for another year and I’m still writing.

So, here’s to you, November, and your relentlessly grey skies, your bare branches, your frozen water bucket mornings, your summerish deceptions, your early dusks, your inevitable lurch towards winter. I raise a glass to you.

Don’t let the door hit you on the way out.

We’ve tentatively named it the “Thanksgiving Cranberry Spatchcocktail” (spatchcocking being an old technique—renewed in popularity recently—for preparing a turkey where you remove the bird’s backbone and flatten it like an open book before cooking it).

M has graciously written up the recipe for us (below). May you drink it in good health. And may it make you pleasantly spineless for an hour or two.

To prepare and serve the cocktail