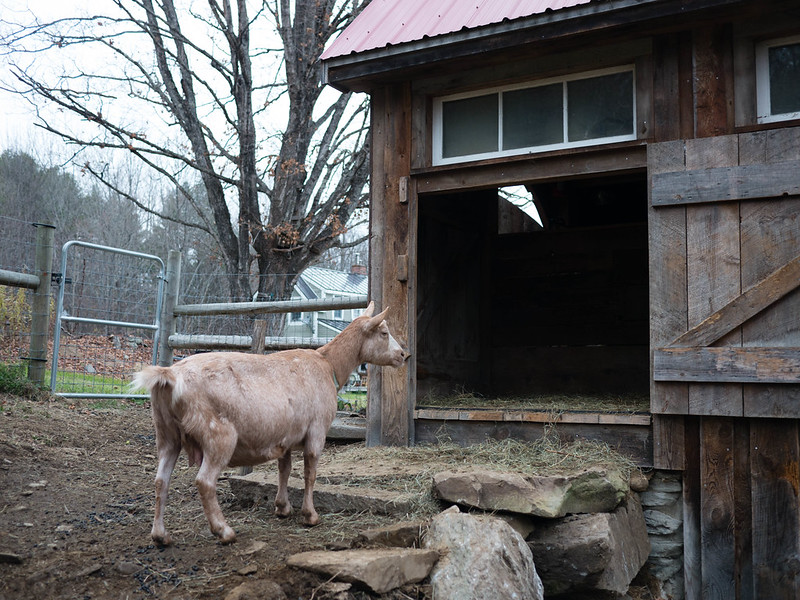 I’ve spent the last two days in the land of pie: first shopping for their ingredients, then making them (pear-cranberry, peanut butter-chocolate, and good ol’ apple), then delivering all but the apple (that one’s ours) to the school’s language trip fundraiser (where the pies were to be sold), then driving H to the aforementioned fundraiser, then returning later myself to help clean up from the same.

In between, there was house cleaning and laundry folding and grocery shopping and wood moving and dish doing and right now my fingers aren’t much interested in typing. They’re more interested in curling up beside me as I watch a movie or stare into the fire.

But before I give them the evening off, I’ll quickly have them tell you something that happened a couple weeks ago, which is that our friend Chip (the one with the excavator) came by again and did some more dirt magic.

Remember we had that wooden ramp that the goats used to get into the upstairs part of the barn? 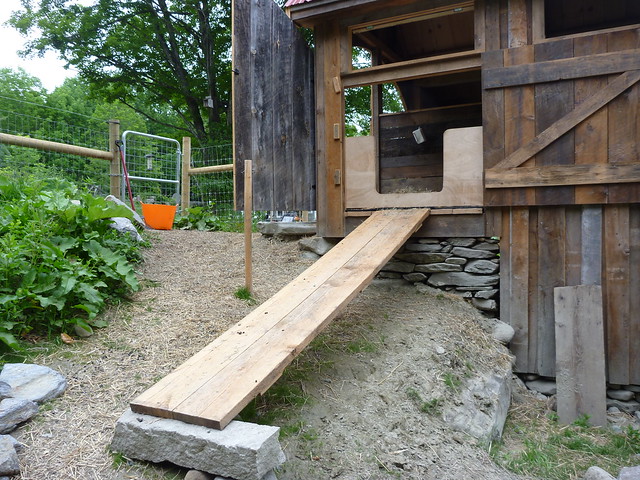 It was a nice sturdy ramp and the goats seemed to enjoy standing on it, but after four years of hooves and weather that poor ramp had had enough. It weakened and split near the top and then finally broke (fortunately, no goats were harmed in the disintegration of the ramp). We called Chip. He built us a dirt ramp, capped with some large flat rocks. Now the goats can just step up and into the barn. And the rocks will never rot.

We all know that a thing done is never truly done. Nothing lasts. Everything we do is just maintenance until the thing needs to be done again. But the new ramp should last a good long while. Longer than the apple pie at any rate.